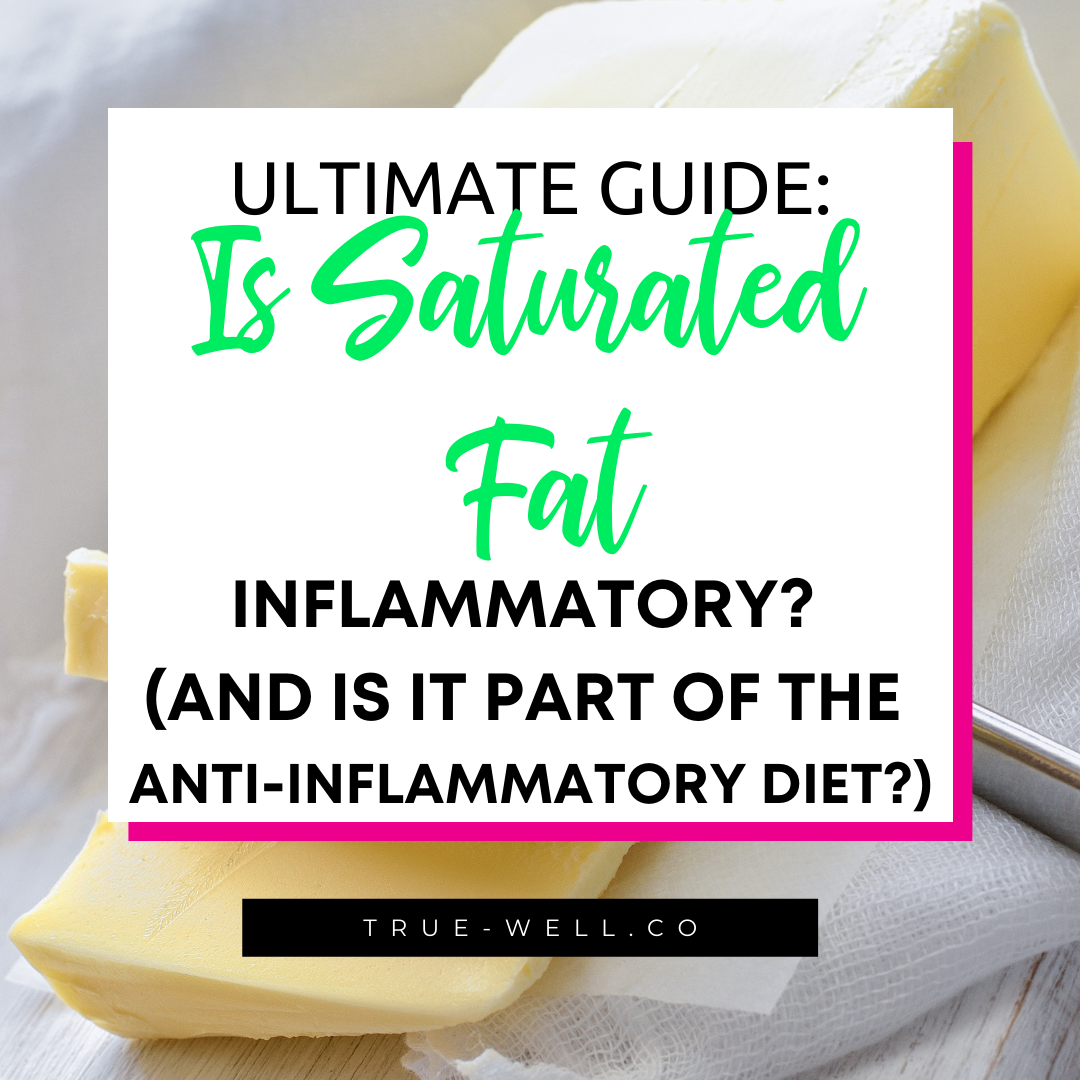 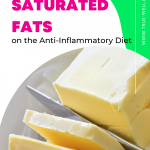 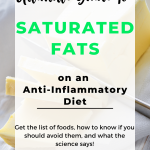 As the last two decades have increased interest in dietary styles like Paleo and keto, questions and criticism surrounding their healthfulness have followed. After all, they promote a significant increase in meats and are considered a high-fat diet.

We’ve been fed the line that fats make you fat and unhealthy, but sugar is ok since a published study (funded by the sugar industry) in the ’70s infiltrated every health outlet available, shaping the dramatic (and detrimental) increase in sugar consumption. This myth alone has been suggested to be a huge contributor to the rise in insulin resistance, chronic inflammation, and other metabolic disorders.

A typical high-fat Western diet has been linked to potential harm by academics for years. A low-fat diet had long been recommended in the past as the healthiest strategy to lower the risk of cardiovascular disease, diet-induced obesity, insulin resistance, and other inflammatory conditions.

In reality, your body requires dietary fats from nutrition to function correctly.

Dietary fat is a significant energy source that aids in absorbing specific vitamins and minerals. Fat is utilized in cell membranes, each cell’s essential exterior, and the sheaths surrounding nerves. It is required for blood clotting as well as muscular action.

As mentioned before, saturated fat is no longer seen as an evil character. In reality, some fats, such as monounsaturated fat and omega-3 fatty acids (which is a polyunsaturated fatty acid), are necessary for a healthy diet. On the other hand, some fats may exacerbate chronic inflammation and impair your general health.

Trans fats are, by far, the worst. They are a byproduct of the hydrogenation process, which is used to transform saturated oils into liquids and keep them from going stale. There are no proven health advantages associated with trans fats, and there is no safe ingestion threshold. As a result, trans fats have been banned in many countries.

It’s not surprising to be perplexed as a result of decades of contradictory information. Let’s discuss saturated fatty acids and highlight the most recent findings of saturated fats in nutrition research to know the truth and debunk the myths. But also to understand if it has a role in chronic inflammation and even has a place in the anti-inflammatory diet.

What are saturated fats?

Saturated fats are abundant in our daily diet. These fats have only single bonds between carbon molecules and are saturated with hydrogen molecules, as the name implies. Therefore, they are solid at normal temperatures due to the saturation of hydrogen molecules.

Saturated fats have commonly referred to as “bad fats” by healthcare practitioners and academics. Keeping saturated fat consumption to a minimum and substituting it with nutrient-dense food alternatives has been suggested by health organizations throughout the world for decades to help reduce heart disease risk and boost general health.

This issue lacks concrete solutions. Although saturated fat increases some heart disease risk factors, there is no solid evidence that saturated fat is the sole cause of cardiovascular disease.

What is the saturated fat-inflammation link?

Processed meals high in saturated fats, such as fast food and fried foods, have been related to several health problems, including an increased risk of obesity.

As per the researchers, inflammation in obesity can be induced by a fundamentally different system from the one that regulates normal immune responses. According to a 2010 study, saturated fats “short-circuit” both mouse and human immune cells, resulting in an abnormal inflammatory response.

This potential inflammatory mechanism can be stopped without interfering with immune cells’ normal response to infection-like signals, implying that medications to lower inflammation and diabetes risk in obesity might be developed without inhibiting the immune response.

To resolve a problem, we must first identify its core cause. This relation provides a completely new way to learn about how to prevent metabolic diseases caused by excess saturated fatty acids, which may be prevented by reducing their consumption.

How could saturated fats increase inflammation?

Macrophages are often regarded as the immune system’s first-responders to infection or injury. For example, when fat-storing cells get loaded with fat and start to fail in the case of obesity, macrophages jump in to clean up the mess.

The researchers revealed that saturated fatty acid activates a different set of genes in macrophages than those responsible for infection detection. They discovered that one gene, which produces the protein IRE1alpha, is particularly sensitive to the presence of saturated fats in macrophages.

IRE1alpha detects the buildup of saturated fats and reacts by interacting with the inflammasome, a protein complex within the cell. This protein complex causes the generation of a major inflammatory signal known as IL-1beta, which has long been studied in diabetes.

The additional saturated fats that macrophages must quickly digest under obesity-like conditions effectively short-circuit IRE1alpha, whose typical function is to provide quality control and remodeling in the endoplasmic reticulum.

The researchers observed that blocking this fat-sensing function of IRE1alpha inhibited macrophages from activating this inflammatory pathway in response to dietary fat but had no effect on macrophages’ capacity to release IL-1beta in response to infection-related signals.

Do saturated fats fit in an Anti-Inflammatory Diet?

Although saturated fats have long been considered harmful, newer research has shown that it really is more about quality than strictly labeling all saturated fat as bad or inflammatory.

That being said, if you’re considering including them in your anti-inflammatory diet, it’s recommended that you do so with those quality guidelines in mind.

The following are some examples of common foods high in saturated fats:

A 1-cup portion of whole milk has 4.5 grams of saturated fat, while the same quantity of 1% milk comprises just 1.5 grams. Creams have the highest content in this case, having 28 g of saturated fat per cup. (Also in this category are full-fat sour cream, yogurt, cottage cheese, and ricotta).

The high saturated fat content of butter is one of the reasons why many baked items have been considered unhealthy. A spoonful of butter contains around 7 grams of saturated fat.

Even though there are certain medical advantages to tropical oils (which include palm oil and coconut oil), they are also heavy in saturated fat. Saturated fat in coconut oil is higher than in butter, beef fat, or lard. It contains around 90% saturated fat, with one tablespoon providing 12 grams.

Saturated fat levels are high in beef, lamb, and pork. Moreover, even the lean slices of beef comprise 4.5 grams of saturated fat per 100 grams.

However, red meat does contain other sources of fats. And depending on the source, that can balance the omega 3 to 6 ratio, which has an effect on whether or not that cut of meat is inflammatory. (Keep reading to see why!)

When most people hear the word red meat, they typically think of beef, which is often thought to be unhealthy as part of a high fat diet, but it can bring certain advantages when consumed from the right sources.

According to research, an animal’s diet can influence the nutritional value of the meat on the consumer’s plate.

Grass-fed beef has been demonstrated to be lower in fat, higher in healthy fatty acids, higher in vitamins, and a rich source of a range of minerals. According to 2009 research, consumers benefit substantially from grass-fed beef.

As newer research is indicating that quality is the main differentiating factor, butter or ghee can be consumed when from organic and grass-fed sources. This is because the milk fats contain those balanced omega 3:6 ratios that help control inflammation.

Although coconut oil is nearly completely composed of saturated fat, it has the reputation of being a healthy alternative, especially in the Paleo diet. It is commended for its health advantages, which include antibacterial and antioxidant capabilities, enhanced skin and oral health, and the possibility of weight loss.

Medium-chain triglycerides (MCTs), a kind of saturated fatty acid, are abundant in coconut oil. Consuming MCTs may boost the number of calories your body burns, and consequently, it may aid in weight loss.

Research has shown that virgin, unrefined coconut oil is able to reduce inflammation, whereas refined (possibly because of the refining process) has the opposite effect.

Palm oil has a comparatively high saturated fat content compared to other liquid oils at around 34%.

However, palm oil is high in antioxidants, including vitamin E. This vitamin is essential for maintaining the function of your immune system and allowing your cells to communicate with one another.

According to research, consuming enough vitamin E in your diet can lower your risk of cardiovascular disease.

It is worth noting that reheating changes the chemical composition of the oil. It is recommended that these tropical oils not be reheated because, if consumed, they increase free radicals in the body, which can cause inflammation.

As per Mediterranean diet guidelines, sufficient replacements would depend on how you’re using it. For example, olive oil has a lower smoke point, so if you plan to saute something, avocado or grape-seed oil may be a better option.

To avoid oxidation of olive oil, choose extra virgin from trusted sources and reserve its use for non-heated foods like salad dressings or vinaigrettes.

Guidelines for the Mediterranean Diet also confirm that consuming saturated fatty acids in moderation and consuming them from the right sources can bring many health benefits and minimize the risk of inflammation, obesity, heart disease, chronic diseases, and other health complications.

Laura is a Nutrition Specialist and Certified Health Coach with a Master of Science in Nutrition. Her goal is to help working moms reduce inflammation, balance blood sugar, and regain natural energy with her CHEAT Codes to Wellness framework. View all posts by Laura Brigance, MS, CHC