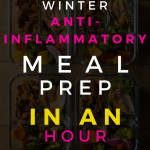 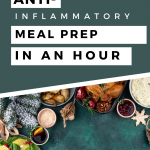 So if you haven’t heard of “freestyle” anti-inflammatory meal prep before… it’s because I made it up. 😬

It’s basically when you don’t have time to put together a meal plan, so you go and grab just random seasonal produce, and in this case winter produce, and prep it ahead of time so that you can just make meals on the fly throughout the week.

So this is a really great way to start thinking in terms of more plant-forward meals and this is how we get healthy anti-inflammatory dinners on the table when we have just those dumpster fire weeks and weekends where everything is just complete chaos.

So truly, the basic steps of freestyle anti-inflammatory meal prep are:

For this freestyle meal prep session I chose winter produce, which you can find a list for in the Freestyle meal prep guide ☝. So I grabbed a pumpkin, spaghetti squash, butternut squash, purple cabbage, kale, and collard greens.

We promote eating seasonally at TRUEWELL for a few reasons:

(And just to be clear on why I didn’t roast the pumpkin in my video… my kids freaked out about me roasting the pumpkin–cause they wanted to decorate it, and I had canned pumpkin in the pantry, so I used that for the meal that week…Long story short, kids ruin everything. 😂 Kidding. sort of)

So I started out with the spaghetti squash.

These used to intimidate the heck out of me but they’re actually pretty cool. For this session I cut the squash in half lengthwise, then cut strips; but I think it’s actually easier to just roast the halves and then scrape the insides out from those large pieces.

I have also learned that even scraping the seeds out is much easier when they’ve been roasted first.

So lay the pieces out evenly on a pan.

I use a BBQ grill mat liner, which I’ve learned is amazing, nothing sticks to it, which you can grab here:

{Some of the links are affiliate links, meaning I earn a small portion of the proceeds if you purchase it, with no additional charge to you.}

Next I started on the butternut squash. Cut the ends off, then cut it in half vertically.

Lay each half on the pan face down.

Then I started on the leeks. I peeled a few of the outside leaves, cut the end of the bulb off, then cut a slit down the center before chopping it. The dark green ends usually get pretty tough, so cut the white part and some of the lighter green part, then put it on the pan to roast as well.

Some of this produce is really best cooked right before eaten, as it’s sauteed or put into soups. But the squash always needs to be cooked anyway, and I also knew I wanted to put the leeks into a soup. So for sure these all needed to be roasted.

My normal base seasoning is salt, pepper, and garlic powder, which you can add or wait until you make your dish—And then roast it at 350 degrees F for about 25-30 minutes.

(For squash, it may take a bit longer to get it soft enough. You want to be able to scoop and scrape easily or else it will take forever…)

Then I got to work on the kale, and I knew I just wanted it for kale chips. You would think the bags of it already chopped would be more convenient, but I’ve found it takes longer to pick out all the stems than to just buy a bunch of it and trim them off myself.

I do a sort of scraping motion with the knife to get the leaves off, but you can also fold it in half and do just one cut to get the stems out.

Once all the leaves are torn and in a bowl, add oil, and massage it to soften the fibers.

For kale chips, don’t salt it until they’re out! They shrink and can turn out way too salty.

While that was cooking, I started cutting the greens.

I started on the collard greens. I wanted these to go in a soup, so I just washed them, trimmed them up the same way as kale, then store them in a baggie in the fridge until I need them that night.

👉 A method I’ve found useful is using a large 4-cup measuring cup to hold the baggie in place to put food into during meal prep if you don’t have the baggie stands.

The mustard greens got trimmed up the same way, and I wanted to sauté them later in the week, so I just store them in a baggie in the fridge as well.

Then I started on the cabbage. Peel those tough and usually dirty outer leaves, then chop it into slices, then into smaller pieces. I wanted to sauté it later in the week, so it goes into a baggie as well to store in the fridge.

I also grabbed some pears as a last minute add-on.

These can be peeled, but the skins are usually actually less tough than apples, so eating the skins is pretty yummy. Make sure you get the core out, it does have seeds like apples.

I chunked it up because I wanted to add it as a snack on top of Greek yogurt.

One trick is to cut the bottom off so it sits flat, then the top small part, then use an apple corer and slicer to slice it just like you would apples.

If you’re going to pre-cut them, they do also turn brown like apples, so add a bit of lemon juice to keep that from happening and store them in a container in the fridge.

Lastly we take the roasted veggies out of the oven and let them cool.

I put the leeks into a container to go in the fridge.

Then I started on the butternut squash. I’ve found using a grapefruit spoon with a serrated edge make scooping the seeds and flesh out really easy.

But I also sometimes use an avocado slicer to scoop it out. You can also use a paring knife to slice around the edges before scooping the flesh out.

I put it all in a container and seal it to store in the fridge.

Spaghetti squash can be a bit tricky. It definitely needs to be soft enough. But you can use a fork to scrape the spaghetti parts out into a container. Then store in the fridge.

And lastly, I pulled the kale chips out. Then I season with garlic and salt so it doesn’t get oversalted before because it shrinks. Scoop them into a container and enjoy as a snack.

Create anti-inflammatory dinners for the week

And for a snack I had a Winter Pear and Yogurt Bowl.

And as promised, to grab the FREE Freestyle Meal Prep printable guide, that is gonna help you have all the instructions on how to do this so you can just have it there for your backup plan; it has ideas for meals and even flavor pairings for winter dishes . 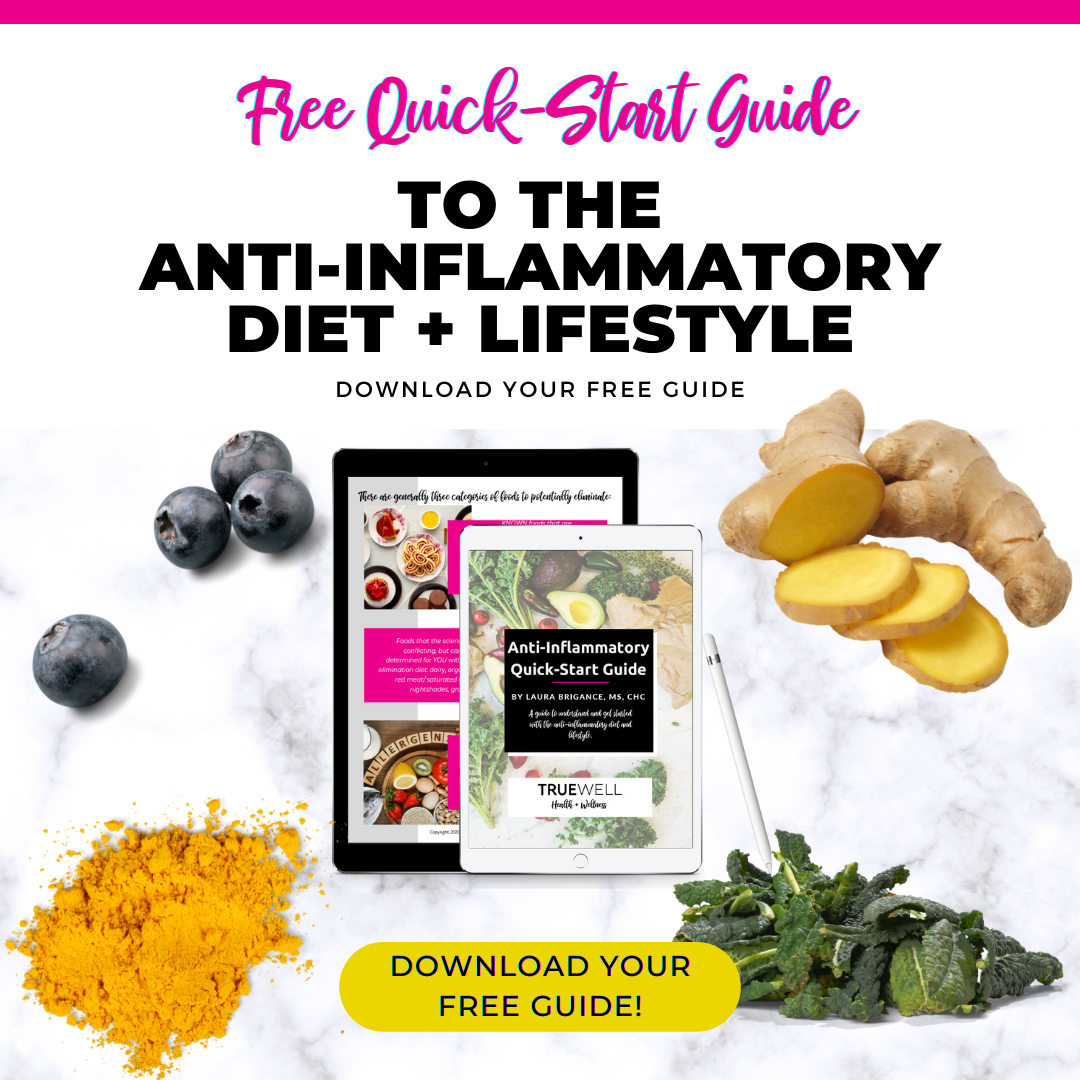